David Howarth a seventy-year-old father of a Camphill Village Trust Community member completed the gruelling Yorkshire Total Warrior Challenge in just two and half hours last year. He lost three stone during his training and also raised money for charity.

David’s son lives at Croft Community in Malton and this year David has been inspiring his friends to take part in a challenge to raise funds for Camphill Village Trust. We will be cheering them on all the way.

David’s story began when he was told that his blood pressure was too high. As a multiple carer his health is important to more than just himself. He started off by taking up an exercise regime but it quickly became clear that he needed to focus on an end goal. Something to aim for to give him the motivation to lose weight and return his blood pressure to safer levels.

“It wasn’t always easy to keep training, especially in those first few weeks of the year when it is cold and dark. But once I applied for the race and started working to that, I started making progress.”

“Week by week my belief grew and I began to think I could actually finish the Total Warrior race. I was one of the eldest competitors to reach the finish line and the sense of satisfaction was tremendous. I would recommend it to anyone and everyone!”

Such was the impact of his efforts that a group of his friends are now taking on the 2020 Skipton Tough Mudder in support of Camphill Village Trust. They will be wearing the Trust’s new range of T-shirts so everyone can spot them and cheer even louder than usual.

If you would like to challenge yourself to get fitter, leaner or simply to do something wonderful for people with learning and other disabilities , get in touch and we’ll be with you every step of the way. Don’t forget to get yourself a T-shirt and send us lots of photographs! Complete the form below and a member of our Fundraising Team will be in touch. 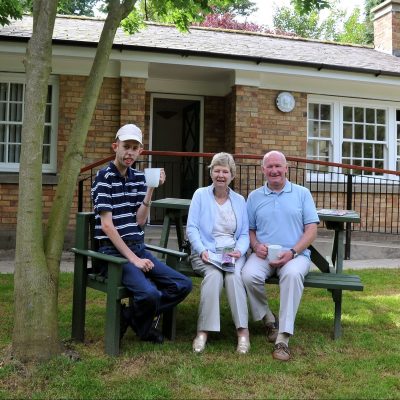