Home How we work Our stories Friends across the ocean

Friends across the ocean

A childhood love of marching band music has given Anthony a unique connection with a band from far away in Tennessee.

Anthony often asks support staff at Ashfield House, part of our Stourbridge community, to help him search on YouTube for bands to listen to. This is how he first discovered the Dobyns-Bennett Marching Band in the USA. Their big stadium performances and colourful uniforms meant that they were soon on his ‘favourites’ list.

With support worker Georgina’s help, Anthony tracked down the band’s Facebook page. He wrote to tell them how much he enjoyed their music, and to ask where he could buy a uniform like theirs. Some months later, a package arrived…

Inside was a note from the band, along with the same maroon and black outfit they had worn in Anthony’s favourite video – the trousers, hat and jacket, not forgetting the T-shirt and socks!

The note from the Dobyns-Bennett band read:

‘We hope you enjoy wearing the uniform and feel like you’re an honorary member of the Dobyns-Bennett band,’ and finished ‘and know that you have many new friends in Kingsport, Tennessee!’

Anthony was delighted with the uniform and couldn’t wait to try it on. ‘I told my Mum and Dad,’ he says. ‘I love the trousers!’ 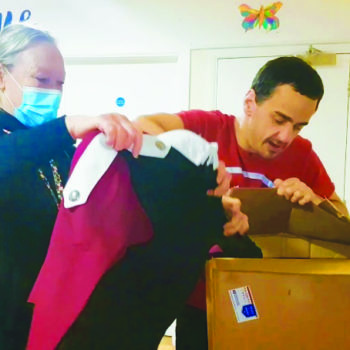 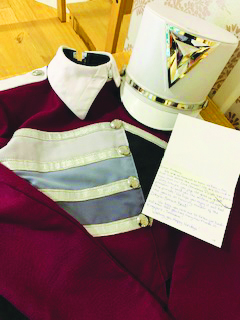 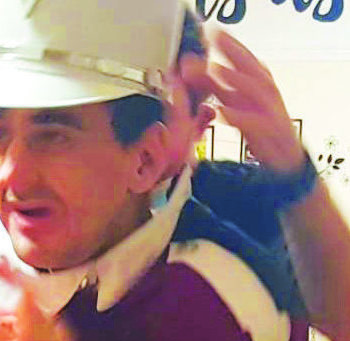 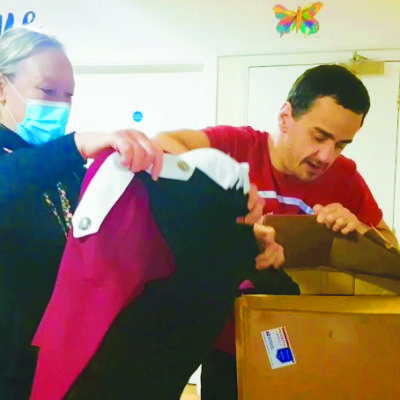