Hello. We are Farmhouse. We are Andrew, Gilly, Richard, Gary, Sue, Victoria, Charmian and Ian.

For the past two weeks or so we have been having support every weekday morning from Rhian who is a bank workshop staff member. She told us about how some people are sharing their stories about how they are keeping active whilst having to live in their home. We agreed that with some help from Rhian and from Karen (Co-Production Lead – Oaklands and Lydney) who is self -isolating at home we would share what we have been doing.

Rhian shared with Karen some pictures of the work we have been doing over the past couple of weeks. She then spoke to Karen on the ‘phone about this and then those of us who wanted to also spoke to Karen.

Rhian explained that when the workshops closed each person in Farmhouse was given their own scrapbook. Their first task was to personalise it and make a cover reflecting the things that interest them or that they enjoy so some are decorated with pictures of flowers, some with birds, one has a picture of a Rhino on and one an Egyptian mummy. 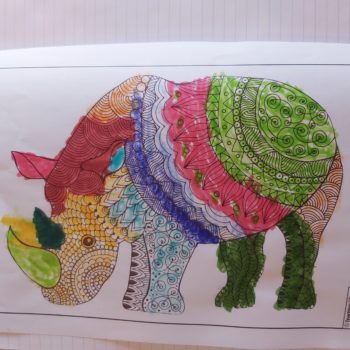 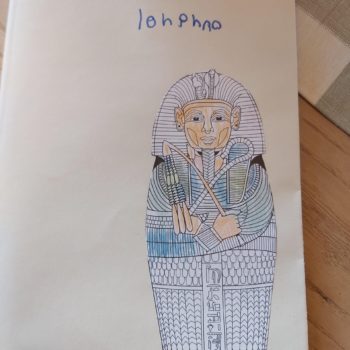 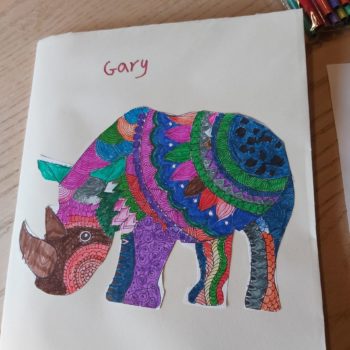 Everyone started making creations on an egg theme. They did some colouring of patterns on an egg shape. They designed Easter cards featuring Eggs and Chicks and also decorated some plastic eggs which they put in their own rooms. They have also been working on paper weave eggs. Even people who were cooking lunch have a chance to join in the creative activities spending the first half of the morning doing this before moving on to cooking.

Then, last Wednesday everything changed for a while as everyone had to go into isolation ‘just in case’ in their own rooms but fortunately, this did not last too long and they have since been able to come out into the shared areas again. Even when in isolation they carried on with colouring their paper eggs and have since been making bunting with these to hang on their doors.

In addition to the egg and Easter theme, people in Farmhouse made a goodbye card for Team Leader Ruth who left at the end of March to move to a new job and they made a birthday card for Ian too.

Victoria said that she is, ‘fine’ and is really enjoying doing the artwork every day. She has been able to keep in touch with her sister and has spoken to her brother in Sweden who recently started a new job. Victoria told Karen she continues to do her cooking on a Thursday and is making some vegetarian meals now as well as the Italian meals she especially likes.

Sue said she is, ‘happy’. Sue is a happy soul who is nearly always happy. Sue enjoys dancing and though she is missing dancing at Treasure Seekers, says she is dancing at home. Sue is particularly fond of horses and really enjoys her regular horse- riding lessons which sadly have had to stop for the moment. Rhian has found Sue some pictures of horses to colour in. Sue also enjoys weaving and has access to a small loom in Farmhouse on which she is weaving a bag.

Charmian who really enjoys poetry says that she is keeping well. She is still reading and looking at her poetry books. Her favourite poem at the moment is ‘The Lamb’ by William Blake. Rhian said that Charmian enjoys reading short stories and poems to the people in Farmhouse.  She has recently been reading ‘The Owl and The Pussycat’ by Edward Lear. 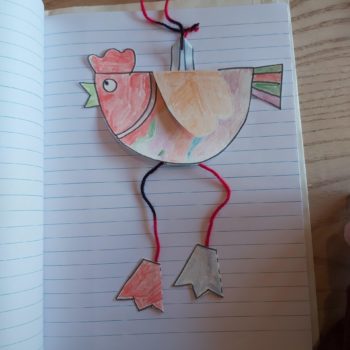 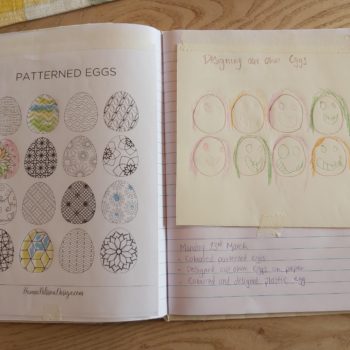 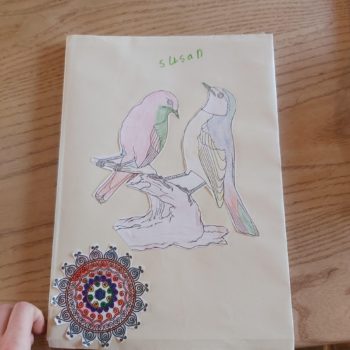 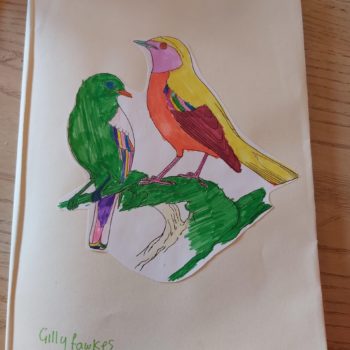 Catherine who had been in hospital for a time is now back home in her flat adjacent to Farmhouse. She says she is much better. She has been keeping in touch with her brother and sister. Catherine says she has been doing craft in Farmhouse with Rhian. At the moment she is working on her woven plate.

Gary is missing going to the basketwork workshop which he particularly enjoyed. However, he says he is ok and likes colouring and the morning activities. At the moment he is colouring in a butterfly picture. He has no favourite colour, likes all colours.

Ian told Karen he had come out of hospital just over two weeks ago. He had been admitted following a fall in which he fractured his hip. He is walking around now and doing well but taking it easy. Craftwork is not Ian’s ‘thing’. He is retired and prefers to rest in his room watching T.V. He is finding it a little difficult being confined to the house. He did enjoy a cigarette and is not able to smoke as much as he did before. Ian is one of the ‘Roving Reporters’ at Oaklands Park and is looking forward to interviewing Helen the new Care and Support Manager for an article for the Community Chronicle newsletter.

That’s all for now

Rhian and Karen have agreed that if Farmhouse would like to do so, they will do a get-together and update next Thursday. In the meantime, Karen will send over some pictures of what she is doing while she self isolates. 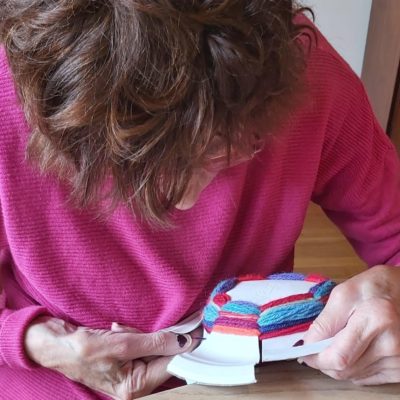