Writing songs has been a passion of Matt’s for over twelve years, and through the support of our Shared Lives West Midlands scheme, he has now released his first music video.

The song, written and produced by Matt with the help of Music Support Worker Anthony, is called ‘Epic of Gilgamesh.’

‘My music is progressing. It’s brilliant, I see the video as a huge stepping stone, as it is the first music video I have done’ said Matt.

Matt was inspired to write and produce music from an early age, by his father and brother who formed the band Aswad in the 80’s, and who had a 1988 number one hit ‘Don’t Turn Around’.

This interest and passion for music led to Matt joining Coneygre Art Centre, where he developed his singing, song writing and music production skills.

‘The centre has a diverse range of people attending the groups and I have made friends there. It has been a great experience being there, and its where I met Anthony, who helped me record and put together the music video’ said Matt. 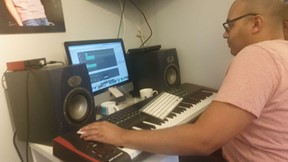 Matt’s Shared Lives carer, Martin set up a music studio in his house for Matt, in support of his music.

‘Due to the lockdown at Stourbridge, Martin built Matt a studio in his bedroom, which has allowed Matt to keep working on his music and record songs’ said Matt’s mom Caron.

Matt said ‘Making the music video was hard, but Anthony really helped to give me the vision and was the brains behind it.’

‘I wrote the song and did the editing myself, but the hardest part of the video was having to do the lip sync for the song, I found that really hard to do, but I think I got there in the end, and I am happy with the result.’

Cathy Dale, Area Co-ordinator for Shared Lives West Midlands said ‘The Shared Lives model is person centred, creative and flexible. This arrangement was unique in its circumstance and was created around the people already involved in Matt’s life. Getting things right for Matt has been multi layered, Shared Lives along with Caron, being the foundation.’

‘We’ve had a really difficult couple of years’ said Caron. ‘Matt has been unwell, and I lost my mom.’

‘Shared Lives has been really good, and the transition has been brilliant really. Everyone’s saying that they see a massive difference in Matt, he’s maturing, been more independent and has got back into music. He lost his motivation for a while, but he has got back into it now. Anthony has been fantastic with the music and Martin has just been brilliant, he is such a good carer. It’s been a life saver really, because we were in a difficult place a few years ago, and now everything is picking up for us.’ 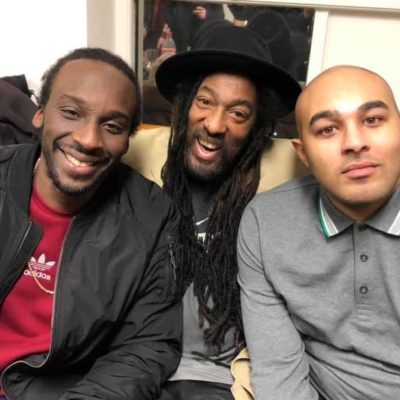