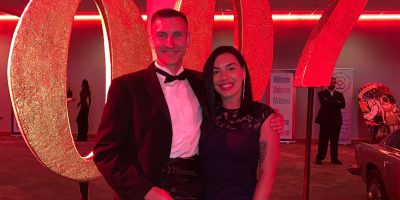 Carl Gaskin, a Support Worker from Larchfield Community collected the ‘Best Newcomer’ award at the National Learning Disability and Autism Awards at a ceremony in Birmingham on Friday.

The National Learning Disabilities & Autism Awards celebrate excellence in the support for people with learning disabilities and aim to pay tribute to those individuals or organisations who excel in providing quality care.

The ‘Best Newcomer’ award acknowledges and celebrates the achievements of a new member of staff who has started work in the care sector since January 2016.

Carl was nominated in the best newcomer category. He’s an ex-teacher and ex-police officer and is the health advocate at Larchfield. Carl’s nomination was built on his enthusiasm and energy for his work and promoting health throughout Larchfield Community.

The judges said: “Carl has found his true vocation in life. He is steadily overcoming barriers in supporting individuals with complex roads to live fulfilling lives. When Carl spoke about the individual, he supports his face lit up the room. True passion and commitment!”

Lisa Matthews also from Larchfield Community was nominated and shortlisted in the ‘Frontline Leader’ award category based on the support she offers in the Cafe and Shop.

Well done to Carl and Lisa! 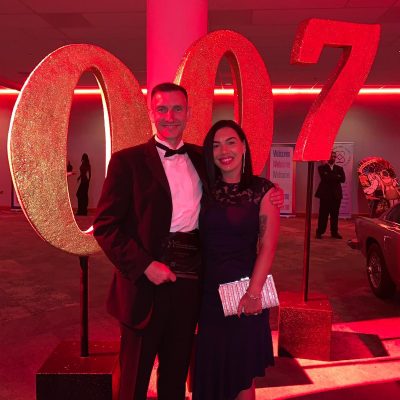