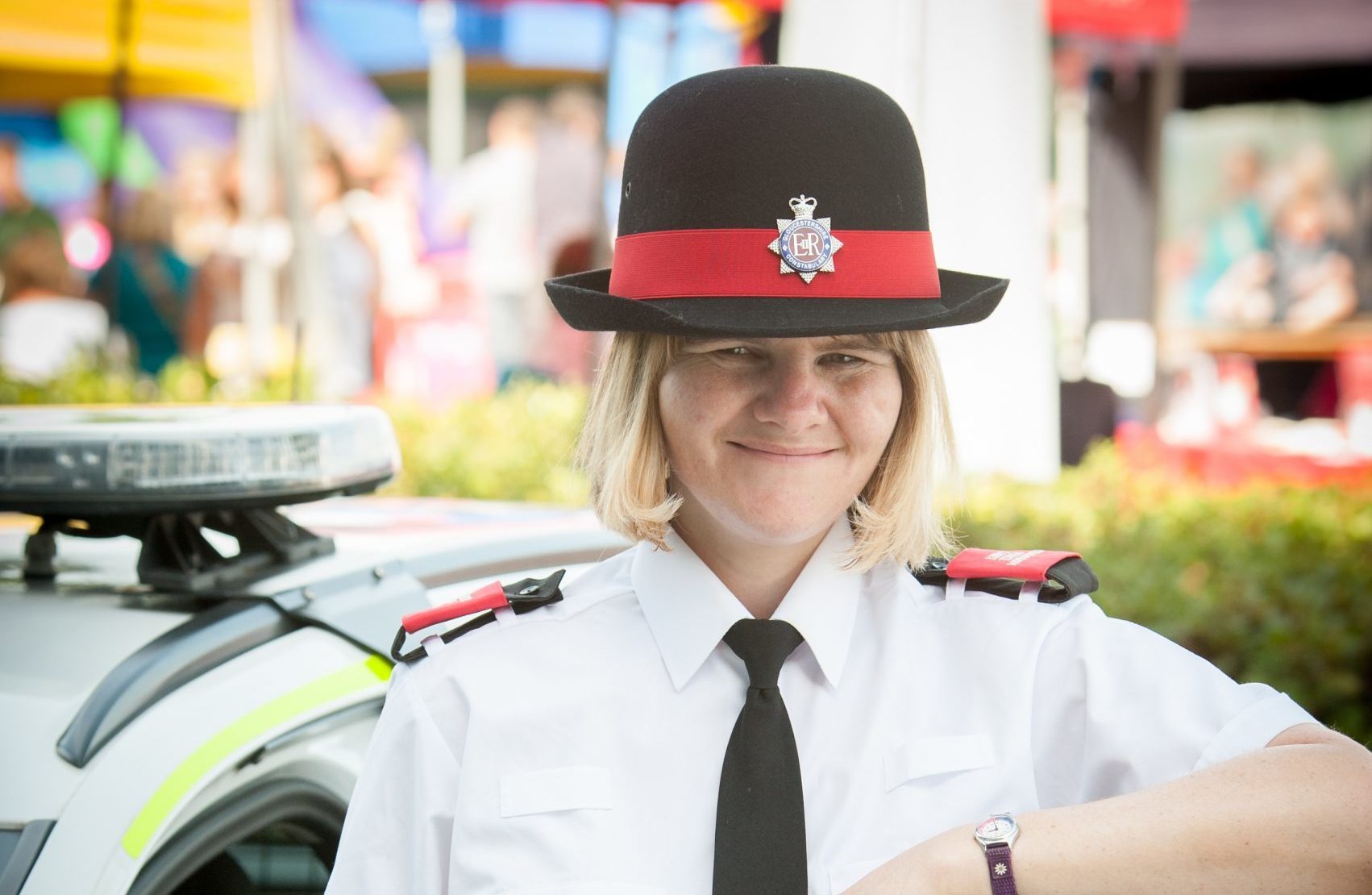 A group of Grange Village community members have become police cadets. The Police Cadets scheme was originally aimed at teenagers, but the force in Gloucestershire has opened it up for adults with learning disabilities.

Harriet, who lives at Grange Village, had enthusiastic encouragement from her family to get involved: ‘I spoke to my Dad and he told me to go for it. So I went to the interview and I got in!’

Police cadets take on a responsible volunteer role in their local communities. ‘We’ve learned about what can happen if you leave your car unlocked, and we’ve given out special security pens to mark your postcode on your laptop and iPad,’ says Harriet. ‘I’m able to give people advice about how to keep themselves safe.’

‘Our new cadets have engaged with communities and made a real difference, I couldn’t be prouder of them,’ says Tracy who co-ordinates the scheme at Gloucestershire Constabulary. ‘This programme is supported by the National Volunteer Police Cadets and we hope that other forces will consider this initiative.’ 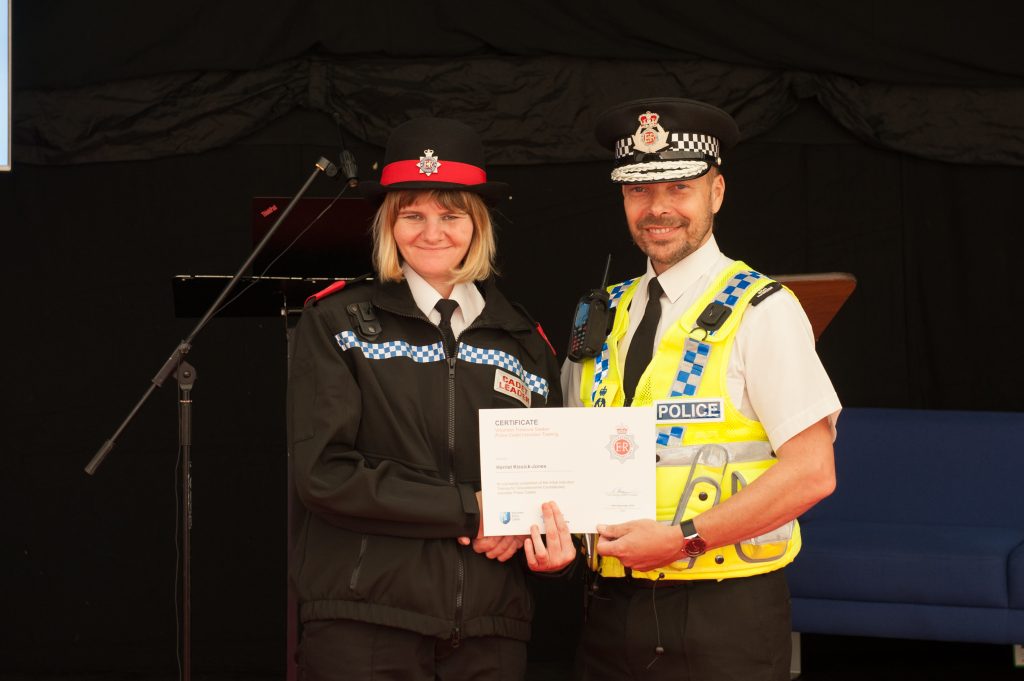 A sense of achievement

Harriet’s cadet role is helping her gain confidence and new skills. ‘Being a police cadet means that I can make myself stronger, and I’m learning a new thing in my life,’ she says. ‘I love it!’