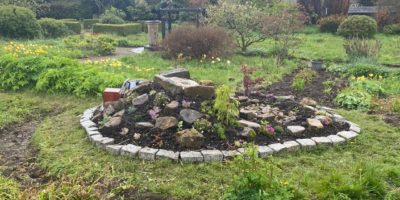 Since returning to workshops in April, community member Ben has been focused on nothing else other than finishing his water fountain project which he started before lockdown.

Ben and gardener Robin Evans, have been rising early and spending the day working together to complete the fountain, laying cement, and making sure the stones around the fountain were secure.

Flowers have also added that were chosen by Ben, to feature in the raised beds around the fountain.

This week, the fountain was officially opened with Camphill Village Trust CEO, Huw John and Ben cutting the ribbon together, in celebration of the project being completed.

CEO Huw John said ‘This in an amazing piece of work, it just shows the dedication you have had through these difficult times, and it is an absolutely beautiful feature.’

Huw went on to apologise for not being Alan Titchmarsh, who is a hero of Ben’s and who Ben emailed about the project when it originally started last year.

In response to Ben’s email, Alan sent him a signed copy of his book about water features, which Ben used as inspiration throughout the project.

‘I took ideas, but this water feature is unique and I have tried to make it as natural looking as possible to fit in with the nature and walled garden in Botton’ said Ben.

Ben has always had a passion for gardening since he was little, helping his dad rake and weed when he was a toddler and his passion has carried on into adulthood.

‘My love of gardening really kickstarted for me when I was 8, my parents moved to a house with a big garden and very rich soil’ said Ben.

Due to his passion for gardening, Ben went on to study land studies including horticulture and loves working in the inner garden and previously with the cows at Botton farm.

Ben is one of our most dedicated trainees and is passionate about keeping the gardens and grounds of Botton Village looking great. 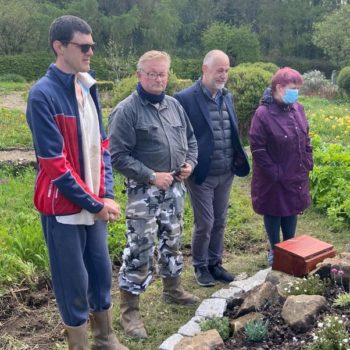 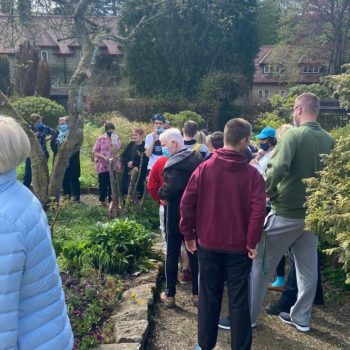 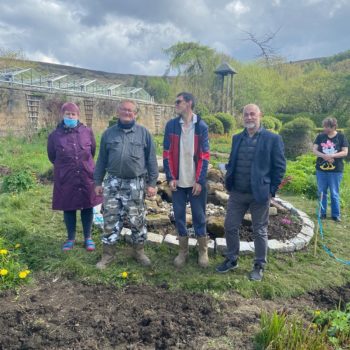 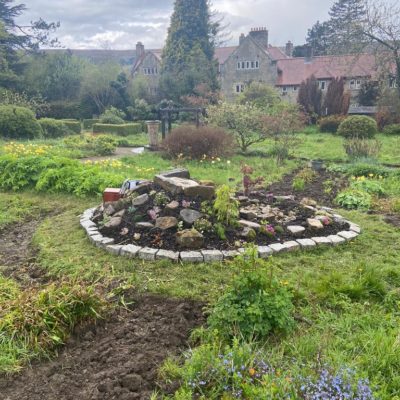