Home About us Our executive team

Meet our chief executive and directors. 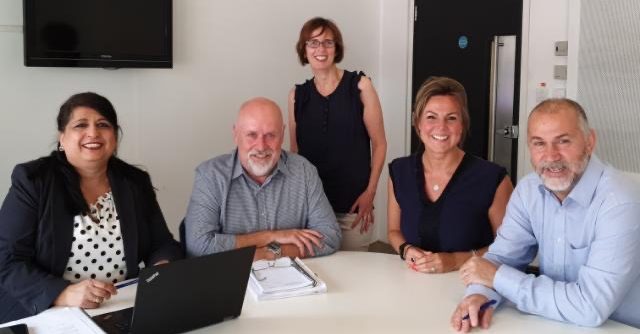 Huw joined the Trust in 2001 as their first CEO and has led the organisation through a period of major change – with a primary focus on developing innovative, person centred and contemporary social care that is built upon our historic core values.

He is the former Deputy Chair of the National Care Forum and presently a Trustee of the National Voluntary Organisation Disability Group (VODG) and is an active supporter of the Social Care Matters movement.

Huw lives in Stockport but spends time at all our support locations as well as attending sector functions across the country.
After 10 years as CEO Huw will be moving onto new sector adventures in June.

Annabel Arkless joined the charity in 2017, as the Trust’s first Director of Fundraising & Marketing. Annabel leads on the fundraising and marketing strategy for the organisation, in a role that is focussed on maximising voluntary income to ensure the charity has a secure future.  Having established a marketing team and charity re-brand, Annabel is working on broadening the fundraising base for the charity.

Annabel moved to York to read for an MA at the University of York and then went onto complete the Chartered Institute of Marketing’s Post-graduate Diploma in Marketing.  Annabel still lives in the area and divides her time between working from home and Botton Village, where the fundraising team is based.

Bally, a qualified chartered accountant, joined the Trust in 2013 as a Financial Controller and went onto become the Director of Finance in 2018.  Bally leads the Finance, Payroll and IT teams across the Trust and manages relationships with a wide range of external stakeholders.  Since joining, Bally has implemented a new finance system, improved processes bringing financial efficiencies and is currently leading our digital transformation programme across the Trust.

After graduating with a degree in business management, she began her accountancy career with PricewaterhouseCoopers providing audit and assurance services to corporate and not for profit organisations.  Bally has experience of working with a wide range of organisations in the commercial, not for profit and charitable sector.

Bally lives in the midlands and although she is based in our central office in Stourbridge, Bally frequently travels to all communities.

Mark joined Camphill Village Trust in March 2009 as the Trust’s first employed general manager, moving to Operations Director 3 years later. Mark has worked in senior positions in both the NHS, private and charitable sector since 1986, prior to this he worked for 8 years in the NHS after qualifying as an RNLD and RMN.

In the last two years his role has developed more towards managing our extensive building and land holdings including new developments, cap-ex, pre-planned and reactive maintenance and Health and Safety responsibilities.

Mark lives in Tewkesbury and is based largely at home with some time spent at Eagle House, Stourbridge, our base in the West Midlands.

Janine joined the Trust in July 2018 as Deputy Operations Director and after a short period the role was reviewed and re-named as Director of Care and Support. With a local authority background Janine brought the knowledge and experience of managing a multifaceted provision for a range of people with support needs; in addition Janine has brought experience of working within a political environment and directly with commissioners.

Within the Trust Janine takes the lead role in quality and the General Managers of each community report into this role. The role of Director of Care and Support also has nominated individual status for the organisation in relation to our registered provision. Janine enjoys the variety of the role and the outcomes for the people we support which we embrace through our co-productive approach. 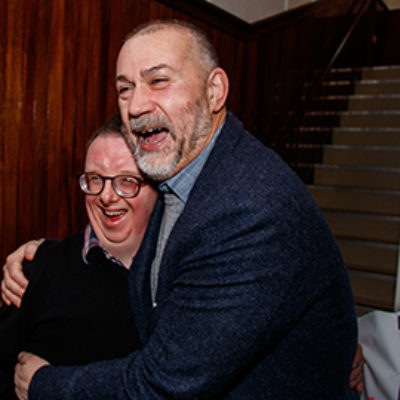 Its time to get creative. Join Sarah and Gang for some creative inspiration that you...