Home News Putting on a show at Croft Community 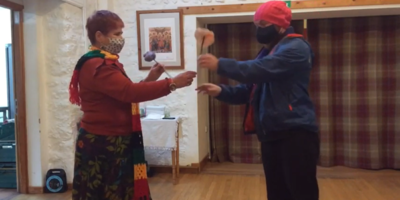 Putting on a show at Croft Community

Over Christmas, Croft Community worked with local theatre company Next Door But One, to create their own production of The Snow Queen. Community members from each house joined the workshop in their bubbles and worked together to produce the scenes, acting, imagining and creating their own unique version of the traditional story.

Richard and Virginia enjoyed taking part. “I enjoyed doing this,” says Virginia. “I liked meeting other people and I felt at peace with myself when I was acting.”

Richard agrees: “Making the film made me happy. It was like a play. I liked throwing snowballs at Anne-Marie and being an actor.”

Workshop Lead Anne-Marie explains why it was such a positive day: “It was all about getting people out of their comforts zones, acting in front of others and doing things they wouldn’t normally do.”

Virginia is hoping it won’t be a one-off: “I’d love to be involved with more of this!” she says. 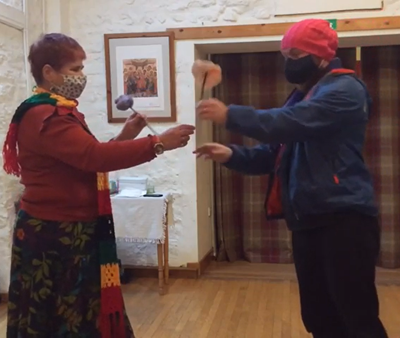 We will have a very special event in honor of Her Majesty The Queen's Platinum...