Home How we work Our stories Together we inspire each other

Together we inspire each other

Stephen from Larchfield Community and Trust supporter Sean both have one thing in common. They’re both undertaking their own very special challenges to raise funds for Camphill Village Trust!

Stephen set himself the challenge to walk as many miles as he could throughout the month of March.

Not only is he walking too and from his workshops, to get his miles in, he also walks a couple of the ladies from the community to their workshops and back again on the days that they attend. Stephen is also responsible for walking to the General Office each day, to check if there is any post for his housemates. Stephen’s ultimate goal is to build his fitness up to enable him to climb Roseberry Topping, in the Summer, a summit of 1049 feet.

Team Leader Debbie said – ‘Stephen’s mental health, as well as his physical health, has massively improved with this challenge, and he is taking so much pride in raising money for Camphill Village Trust in the process. We are all so very proud of how well he is doing, and he has far surpassed all expectations.’

Stephen and Debbie spoke to Trust supporter Sean Riley who is undertaking a challenge of his own, rowing 50km per day for 50 days leading up to his 50th birthday! Stephen joined Sean as he was getting his own miles in on his Concept2 rowing machine. 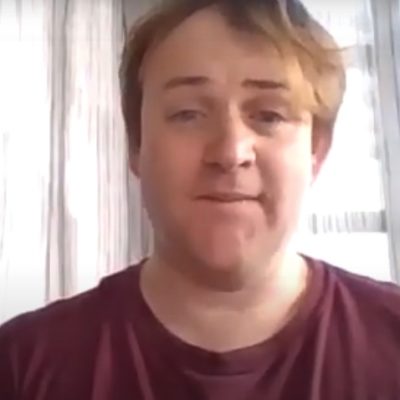